A summary of Solvency II Directives 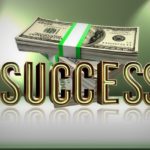 In 1973, the Solvency I Directive was put in place by the European Union (EU). It was aimed at revising and updating existing EU Solvency regime.

However, it became clear that a more wide-ranging reform was required. [1] Over its 40 years of existence, the ‘Solvency I’ regime showed structural weaknesses. It was not risk-sensitive, and a number of key risks, including market, credit and operational risks were either not captured at all in capital requirements or were not properly taken into account in the one-model-fits-all approach.

The Directive governing how insurers are funded and governed took more than 10 years to reach the stage of enactment. The Solvency II Directive, along with the Omnibus II Directive that amended it became a law on March 31, 2015.  On April 1, 2015 the approval processes began, and after years of delay and negotiations, the Europe-wide capital regime for insurance companies came into effect on January 1, 2016. Insurers will have to comply with new rules and capital requirements of Solvency II across the EU.

Here is a short summary of what Solvency II is and how it’ll impact financial services institutions in the US (most of which are deemed to have fully or partly equivalent rules[2]) along with EU.

What is Solvency II?

Solvency II introduces new and robust frameworks for insurance firms in the EU based on the risk profile of each individual insurance company with the objective to promote comparability, transparency and competitiveness. Solvency II amended under Omnibus II Directive 2014/51/EU replaces the existing directives known as Solvency I.

The main aim of Solvency II is to contribute to the objectives of the EU Financial Services Action Plan (FSAP) by encouraging a deeper single insurance services market that enables EU companies to operate with a single license throughout member countries and ensure a non-zero failure regime i.e. there is a 0.5% probability of failure. Insurers will need enough capital to have 99.5 per cent confidence they could cope with the worst expected losses over a year. The rules take a risk-based approach to regulation: the riskier an insurer’s business, the more precautions it is required to take.

The Solvency II framework, like the Basel framework for banks, proposes to remedy identified shortcomings. It is divided into three ‘pillars’:[3]

Indirect Implications on US insurance industry:

Shailesh Karia, ex CIO and MD Deutsche Bank adds, “Solvency II is expected to bite hardest for those insurance companies that offer long term guarantees, especially annuities. For general insurers the impact from new regime is reduced due to the nature of their products. If the company offers car insurance that liabilities lasts as long as the contract is in force. But for an annuity provider the liabilities lasts until the holder of the policy dies – making the discounting of future cash flows, and the valuation of the assets used to back them, especially critical.

He further adds, “UK companies, having lived under ICAS, are better set up for a market-to-market regulatory regime than companies overseas.”

Who will be involved?

Karia thinks, “The insurance companies needs to asses the impact of Solvency II. The estimated implementation costs expected for big insurance companies to be between EUR 40-60 million.” The effects of Solvency II are already being seen, one such example being of Delta Lloyd, a Dutch insurer, which disclosed that its shares dipped by 1.5% in 2015. This change was seen after it became clear that its solvency ratio under Solvency II was worse than what was expected. [6]

Organizations should focus on the areas most important to success, such as:[7]

Solvency II reporting relies on data from different functions and various data sources, which leads to inconsistencies. A data directory might be expected to hold a list of all data items that are within the scope of the Solvency II requirements, along with some definition or description of use.

A Solvency II data directory needs to hold a description of the usage of data items and their nature and properties. It should set out the lineage, or data-flow, of these items from source to target. Quality criteria, thresholds and checks for data items are also likely to be defined within the Solvency II data directory. This process of setting up a well functional data directory with option to trace data lineage can be challenging to financial firms that do not have any such systems in place.

Implementation of a data ownership model can be equally challenging. If not properly defined, the use of broad terms such as “data owner” can cause confusion, especially where data frequently changes hands and passes through multiple systems and processes. Insurers must consider all facets of data ownership, for example, who creates or produces data, who receives or consumes data and who is able to change or update data.

It is important that individual roles and responsibilities are clear, and that those individuals receive appropriate support and training to make the rollout a success. This usually requires a lot of manual work, making it time-consuming, at the same time making it prone to human errors.

It is important that organizations develop business rules that facilitate a comprehensive assessment of the completeness and accuracy of their data by engaging with subject matter experts throughout the business. Solvency II system requires a creation of a robust yet flexible system that can implement its rules and data quality metrics in a concise manner.

A survey of insurers conducted by Insurance Europe that was released on December 15, 2015 found that:

Shailesh Karia was a Group CIO, Continental Europe at Deutsch Bank and has been a transformation Leader with over 30+ years of experience working with global Investment Banks and Consultancy. He has lead multi-million dollar programs and has a thorough banking industry/products background with deep technology knowledge, including Big Data. He has a proven track record for delivering multiple transformation programs, regulatory driven initiatives, and acquisitions programs in well-connected European market. He possesses skills like outstanding stakeholder management, effective team building, change management and strong leadership capabilities demonstrated in multiple management roles with board level exposure.

[1] Lloyds Bank– About Solvency I

[2] Financial Times– Q and A: How Solvency II works

[5] Impact Assessment report for the adoption of the Solvency II Directive, page 50