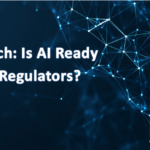 SupTech: Is AI Ready For Regulators? 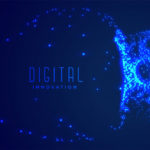 ‘I’ For Innovation: How Technology Is Evolving Regulatory Compliance

Despite the hype around Blockchain in the past few years, a 2018 Gartner survey indicates Blockchain adoption rates are still as low as 1%. Within that 1%, the doubt is how operationally effective and efficient it is. This blog also explores the inherent risks with Blockchain and therefore why Blockchain may not be the magic cure as it is made out to be!

Blockchain is surely a fantastic technology as it has already been proven by cryptocurrency like Bitcoin. Cryptocurrency has been a trend since the Bitcoin prices soared suddenly in 2017, to reach an all-time high of $19,783 the same year.[1] Ever since, Blockchain, which is the underlying technology of crypto has been the talk of the town. Various large global financial institutions were quick to analyze and explore various possibilities of using Blockchain.

However, despite the hype, many institutions are still weary to adopt Blockchain. In fact, Ripple, a prominent Blockchain company, decided not to use Blockchain for its cryptocurrency! Unlike Bitcoin, Ethereum or other cryptocurrencies, Ripple developed its own patented technology; Ripple Protocol Consensus Algorithm (RPCA).[2]

Let’s explore why despite the fad, Blockchain adoption has not picked up and whether it is the right decision for your organization.

What Actually Is The Value Of Blockchain?

A Blockchain is an open distributed ledger that records transactions between two parties efficiently and in a verifiable and permanent way. It contains a growing list of records, called blocks, which are linked using cryptography. Each block contains a cryptographic hash of the previous block, which cannot be altered without affecting subsequent blocks. To understand more, read: https://hexanika.com/Blockchain-s-disruptive-technology/

Blockchain is not a recent technology innovation as it is made out to be. It was invented by Satoshi Nakamoto, who published a paper on the same in 2008. The concept of Blockchain or cryptographically secured chain of blocks goes further back, being first conceptualized by Stuart Haber and Scott Stornetta in 1991.[3]

The only key benefit of blockchain or distributed ledgers is that a central authority currently used for monitoring and processing such as stock exchanges (NYSE, BSE, etc.) payment processors (SWIFT, VISA, central banks, FED, RBI, BOE, etc.) can be replaced with a technology because of its automated consensus mechanism.

While organizations want to adopt new technology, it is important to understand the value of reliability, controls and risk management functions these authorities provide that typically can’t be managed by technology alone, especially if we simply consider Blockchain or distributed ledger.

If Blockchain enthusiasts are to be believed, one of the biggest reasons to adopt Blockchain is the enhanced security it offers. Blockchain is most promoted as an alternative to prevent fraud and unauthorized activities. However, in reality, that is not the case.

According to Bitcoin.com, $9 million a day are lost due to cryptocurrency scams and this number includes activities like phishing, fraud, theft and hacking. The very same activities Blockchain use cases propose to eradicate! Blockchains hacks are not unique. In 2019, between January and April, a total of eight hacks have been recorded which resulted in the loss of $729.03 million for the cryptocurrency ecosystem; according to MEDICI estimates, the number of hacks will increase to 16, resulting in a loss of approximately $1 billion.

Not only that, cryptocurrency being lost altogether is one of the biggest worries of the modern day, as was seen recently with investors in QuadrigaCX, Canada’s largest cryptocurrency exchange. After the death of its founder, Gerald Cotton, about $190 million in cryptocurrency has been locked away, and recovering the passwords or security keys has proved to be futile.[4]

Bernie Doyle, CEO of Refine Labs and head of the Toronto chapter of the Government Blockchain Association, calls what’s happening at Quadriga a “seismic event” in the industry.[5]

The repercussions of cryptocurrency freezing and being lost altogether can become dire on the economy as the number keeps rising. By completely bypassing systems, regulators and processes meant to keep the flow of money is harmony, is Blockchain really a solution that can add more value to financial institutions? The small benefits Blockchain may offer can be overruled with the serious implications of its misuse, scams and loss altogether.

Current market systems provide risks and controls required to regulate and protect global institutions and individuals. Cryptocurrency is said to be faster as it bypasses rules and leverages a shared ledger as opposed to individual copies. In comparison to paper-heavy traditional processes, Blockchain may provide benefits like elimination of human errors and faster speed. However, compared to digital transactions, the streamlining and automation offered is not very radical.

Digital transactions offer almost similar benefits with the added protection offered by regulatory frameworks that is completely absent in cryptocurrency. Although cryptocurrency is highly transparent, it offers masking of personal identity with no institutional control, making is a safe platform for transactions of illicit activities like drugs, illegal weapons, etc.

While innovators like Elon Musk agree paper money is going away, it is also a fact that entrepreneur, investor and founder and CEO of Tesla himself owns ‘zero cryptocurrency’ other than .25 BTC that someone gave him years ago.[6]

The primary strengths that Blockchain has are immutability in transaction mainly because of automated consensus without need of manual management. However, these strengths are essentially it’s weaknesses as well!

For most use cases, Blockchain is:

In summary, Blockchain is a good concept that is waiting for the right use case to leverage its true potential. However, in most cases, it is neither faster nor cheaper than current technology. Blockchain designs have also been proposed by over 200 governments for use in various applications including voting, property records, and digital identity. But can this technology really provide significant benefits and insights that something like AI, Big Data or IoT can? That is a big question still waiting to be answered.[9]

Note: These are the author’s personal views. After studying the various proposed implementations for Blockchain, Yogesh is of the opinion that it is a technology still waiting for a truly innovative use case that can add value to those adopting it.