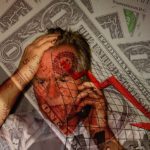 How can Banks keep up with changes in Regulatory Reporting?

RegTech is the New FinTech

Banks are under the scrutiny of various regulatory bodies to keep a check on their activities, especially the banks conducting risky operations that could result in a meltdown, as was the case in 2008. However, since the enactment of the Dodd-Frank Act, they are now under a lot of stress to effectively achieve and maintain regulatory compliance. The regulatory environment today is more dynamic and challenging than ever before, and banks hampered by their existing legacy systems are finding it tough to cope with the changes.

We previously analyzed how Dodd-Frank and how the new regulations have impacted large banks as well as midsize and small banks. This time, we will look at how the law meant to address one issue (avoid a financial meltdown similar to 2008) might have created other challenges for banks – the most important one that of regulatory reporting: 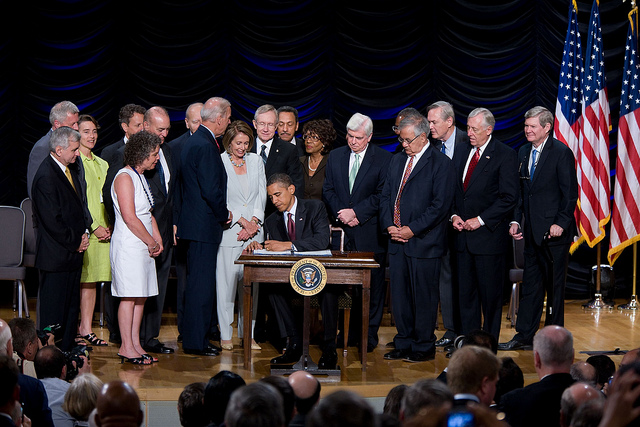 Post the 2008 Financial Crisis, the Obama administration passed ‘The Dodd-Frank Wall Street Reform and Consumer Protection Act’, with the main motive to lower risk in various parts of the US financial system. The Act aims to prevent another financial crisis by creating new financial regulatory processes that enforce transparency and accountability while implementing rules for consumer protection.[1]

The Act is named after US Senator Christopher J. Dodd and US Representative Barney Franks due to their significant involvement in the creation and passing of the act. It was introduced on March 15, 2010 and presented to the Senate on May 20. It was subsequently revised and approved by the House on June 20. On July 21, 2010, President Obama signed the Dodd-Frank Act into law.

What regulatory changes did the Act institute?

Through the Dodd-Frank Act, banks are now required to increase their capital cushion (minimum liquidity holdings each financial institution is expected to hold). The Act eliminates loopholes for hedge funds, derivatives and mortgage brokers, while the Volker Rule (passed on Dec 10, 2013) bans Wall Street banks from owning hedge funds or using investors’ funds to trade derivatives for their own profit.[2]

Other than creating additional regulations for banks to comply with, the Dodd-Frank Act established new government agencies such as: [3]

In addition, Dodd-Frank set up a Council chaired by the Treasury Secretary, having nine members: Fed, SEC, CFTC, OCC, FDIC, FHFA and CFPA. Existing regulators and laws were made more stringent, giving the Government Accountability Office (GAO) the right to audit the Fed’s emergency loans during the financial crisis.[4]

Why are new regulations challenging for banks?

Regulatory reporting is the timely and accurate submission of raw or summary data required by regulators to evaluate a bank’s operations and overall status, helping regulators determine whether the financial institution is in compliance with all applicable regulatory provisions.

The introduction of new regulations and regulators mean banks and financial institutions are now being compelled to develop more robust processes and systems, owing to increased requirements of reporting, calculations, reconciliations, audits, etc. To add to their pressures, regulatory requirements differ across regions, adding more regulatory bodies to supervise a bank’s activities as they expand to more geographies. In addition, The Basel Committee on Banking Supervision’s regulations for effective risk data aggregation and risk reporting, known as BCBS 239 and other regulations such as Basel III, are challenging banks to come up with tighter reporting systems.

Other than generating information that can be used to create reports, banks need to look into the accuracy of the reports and their timeliness. Banks need to disclose accurate information on a periodic basis, for data inaccuracy and delay can mean huge fines. In a recent case (April 2015), Bank of America’s Merrill Lynch was fined $20 million by Financial Conduct Authority for inaccurate reporting of transactions.

The result is that banks are spending a lot to meet growing compliance demands and allocating more resources to address the increased regulatory requirements. 40% of bankers cited a need for dedicated resources, 1/5 of banks have made a significant increase in spending and 1/10 will be spending on consultancy and advisory to meet regulatory demands[5]. An example of this regulatory challenge is the news of Citigroup increasing its employees to nearly 30,000 dedicated to work on regulatory and compliance issues.

Shailesh Karia, Ex CIO and MD Deutshe Bank states, “55%+ of IT spend is planned for regulatory changes in 2016 (up from 2015)”. With over 30+ years of experience working with global Investment Banks and Consultancy, Mr. Karia adds, “The top 5 regulatory priorities for banks in 2015-2016 are: EMIR (regulated and implemented by the European Securities and Markets Authority), CRD IV, FATCA (tax), Dodd Frank and MIFID II.”

The seismic shift to adopting new regulations and new technologies has led to an even more dynamic regulatory environment which most banks are struggling to cope with. This has led financial institutions to look for fresh and innovative approaches and solutions like those offered by RegTech firms.

How can banks keep up with changes in Regulatory Reporting: https://hexanika.com/how-can-banks-keep-up-with-changes-in-regulatory-reporting/

Regtech is the new Fintech: https://hexanika.com/regtech-is-the-new-fintech/