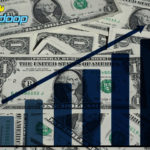 Hadoop in Banking: The Game Changer 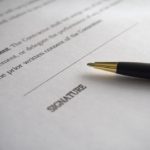 An overview of the CCAR

There are more than 7000 banks in the United States, which sets it apart from other industrialized nations which have only a handful in comparison. 90% of US banks are community or midsize banks, making the US banking industry unique. Community and midsize banks play an important role in the economy by catering to credit requirements of farmers and small businesses, serving customers in rural areas as well as small metropolitan centers, mostly ignored by large banks. Areas that are largely left unattended are catered to by small and community banks, thereby ensuring financial inclusion in the economy as a whole.

However, this scenario is changing rapidly. Recent CCAR and Dodd-Frank Stress Tests have concluded that banks are severely under the lurch due to regulatory compliance issues, small and midsize banks being the most affected.

We explain the impact in brief.

Who are midsize and small banks?

SOURCE: WORKING PAPER “HOW ARE SMALL BANKS FARING UNDER DODD-FRANK?”

Small banks are more popularly known as community banks. These depository institutions are typically locally owned, family run or operated. Given their expertise in catering to the local populace, they are focused on the needs of small businesses and families. Most Regulators use varying definitions for categorizing banks depending on their size, but the more accepted yardstick is the $10 billion assets threshold. This classification norm is adopted by the Government Accountability Office (GAO), Board of Governors of the Federal Reserve System (FED), Comprehensive Capital Analysis and Review (CCAR), Dodd-Frank Act Stress Test (DFAST) and among others.

A relatively higher benchmark is provided by the Mid-Sized Bank Coalition of America (MBCA) which states that the average asset size of its member banks is approximately $19 billion. The asset size ranges over $10 billion up to $50 billion. They are typically singular banks in the city and remain focused on providing relationship banking services to nearby regions as they grow. Midsize banks are often the largest local banks serving their communities. Due to their unique size, they are more agile in leveraging resources and sources.

What were the recent observations?

Various papers (listed at the end of the article) cite a downward spiral in the number of small banks. The market share of small banks in terms of assets fell by 12%, commercial-and-lending loans fell by 23% and there was also a sharp decline in small business and residential lending (the major lending of midsize and small banks).

More than 5% of community banks have failed during the recent Lehmann Brothers financial crisis, indicating a long term decline in fortunes. Since 1994, US lending by small and midsize banks have gone down from 41% to 22%, their numbers plunging by 69% in the last two decades.

What were the reasons for the decline?

Some of the key reasons that can be attributed for the decline in fortunes of small and medium banks are as follows:

Why were Regulatory Issues the major impact for decline?

Approximately 90% of respondents to the study “How are small banks faring under Dodd-Frank” reported an increase in compliance costs, with a whopping 82.9% banks reporting their compliance costs have increased by more than 5% since Dodd-Frank act came into place.

As per GAO reports and also observations of regulators, industry participants and Fed studies, consolidation is driven by regulatory economies of scale. Simply put, Large banks are better suited to handle heightened regulatory burden, while community banks are not.

In sum ,the present regulatory regime is likely to put banks under additional stress, what with the Volcker Rule in operation. 2014 saw US and European banks paid 65 billion in penalties and fines, 40% greater than 2013, according to the Boston Consulting Group. [1]

Hexanika is a RegTech big data software company which has developed a software platform SmartJoin and a software product SmartReg for financial institutions to address data sourcing and reporting challenges for regulatory compliance.

The current process to generate and send regulatory reports is dynamic and cumbersome. There are various data sources from which the data is sourced; it is required in varied file formats for different functional uses (Risk, Finance, Regulatory, etc.) and is sent to 20+ regulators with 1000+ reports. The ETL (Extract Transform and Load) process is complex and can take days, weeks and even months to complete.

Our innovative and unique “end to end” platform SmartJoin combined with product solutions SmartReg are anchored on semantic and machine learning algorithms, which are on a ramp to arrest the $300 Billion fines from banks resulting from fraud, regulatory non-compliance and inaccurate reporting.

Read more about the services offered by Hexanika at: https://hexanika.com/big-data-services/

[1] Source: The Wall Street Journal– For Banks, 2014 was the Year of Big Penalties

Kansas City Fed: Role of Community Banks in US Economy

Source: Working Paper “How are Small Banks faring under Dodd-Frank?”